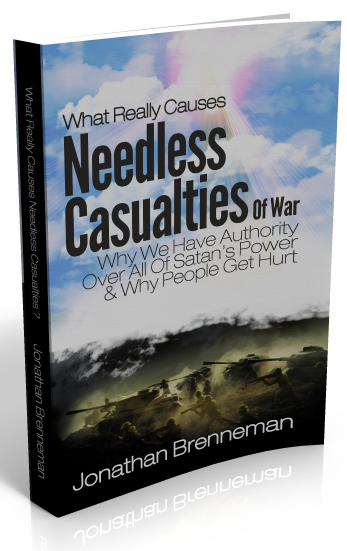 Out of all the people who have read this book so far, still nobody has come back after reading and said “I disagree. I’m unconvinced that Christians have authority over principalities.”

Has God given his people authority over evil powers that oppress cities and nations? Or have we only been authorized to cast demons out of individuals?

A problem came to the forefront in Christian circles in the 1990s. Believers were suffering devastating demonic attack after attempting to assault “regional principalities.” As a result of these negative and even scary experiences, many concluded that God never gave us authority over these evil powers in the first place.

Jonathan Brenneman re-examines that assessment. While drawing from the lessons learned by previous leaders of the “spiritual warfare” movement, he also challenges many deep-rooted assumptions. He brings to light serious scriptural problems with the position that Christians only have limited authority over Satan’s power. Rather than dismissing the problem of “needless casualties,” he offers a re-diagnosis of the cause.

Readers are saying this teaching has removed the fear and confusion surrounding the topic of spiritual warfare. It also includes:

•How to trample on principalities

•Why there are no levels of authority over Satan for Christians, only “all authority.”

•Why the devil has no legal rights, and the difference between a “legal right” and a “foothold”

•How “identificational repentance” initiatives, although bringing healing and reconciliation, have been misunderstood

•How fear can make us vulnerable to demonic attack

•How to avoid the trap of “practicing the presence of demons”

•Why a “heavy spiritual atmosphere” is a lie

•Lone rangers of the Bible

•Why we should reconsider warnings about mocking Satan

•Should we “bind” territorial spirits?

•Is our sword any different than the sword of the Lord?

What Really Causes Needless Casualties Of War? is practical and encouraging, rooted in both scripture and experience. Stimulating fresh thinking, it leads to a renewed vision for what God is able to do on the earth through Christ’s body, the church.